Rocky Road ahead for Wall Street! ~ Fall of 2018 a chunky treat! 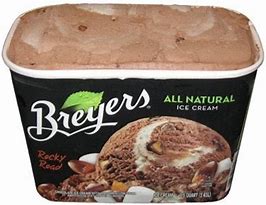 When we are currently looking at the fall picture for Wall Street is is really going to be a Rocky Road.  It will be harder for Day Traders and Speculators going into this market than at some points ever before in history.  The other side of that same coin; it will also be a gold mine for those Traders who get it write.

As of the writing of this article I am looking at world events taking place with true crisis's in the economies  and currencies in Turkey, Nicaragua, Venezuela and Argentina. All major players in the Oil & Natural Gas industries; this s a concern since oil companies in the last 3-4 years have not been spending much on refinery or production upgrades.  With the expected demand for oil to rise in 2019 globally this may cause an increase in prices do to overall demand.  The conflict between the United States and Iran in the gulf does not help either.

The United States is also less than 60 days from a mid term election that will have severe consequences on which way the country will be taken.  Did I say severe?  Yes I mean monumental.  If you are an American Citizen (my blog is read worldwide on 4 continents) I urge you to get out and vote and make your voice heard.  While I do express my political viewpoints from time to time to give you factual information I will never tell you who to vote for.  Just that it is important to go out and vote.  I can live with the direction my country is going if it is based upon 65% of the country wanting it; rather than 5 billionaires buying Congress and the Presidency.  The overall results of the election should start to begin to figure themselves into the market as we speak but again the VIX (Market Volatility Index) is up at 14.88 (Yes, low by October 2016 & February 2017 standards but on the rise) and should continue in an upward trend as we get closer to November 6, 2018.

Trump's Trade war with China probably has the most severe impact on where the market is going to go since there is uncertainty at any time what he may say or do. The United States just hit a record 31 billion trade imbalance with China.  Again as liberal as I am, I do not believe that Trumps tariffs are necessarily a bad thing (see previous articles).  However he wrote a book (obviously a ghost writer) entitled "The Art of the Deal" we all have seen the tremendous failures he has in his "deals". I am not talking about the well known failures of Trump University which was a fraud, Trump Steaks or the Taj Mahal.  I am talking about paying $130,000 & $120,000 to pay off one Playboy Model & a Porn Star.

Regarding China, this is also a side note on one of the stocks in our portfolio Alibaba (BABA) tat has taken a recent hit in it's stock price.  Jack Ma has decided to retire (The world's richest man) from the company he founded.  I do believe if you haven't purchased before now is the time to do so.

This brings me to my next stock I want to add to our portfolio not only to diversify but because this stock Unilever (UNA-NL) pays a really great dividend f $1.49 a year and is currently trading at $47.74 a share.  Unilever is a Dutch company that own's brands like Breyer's ice cream, Ben & Jerry's, Hellman's mayonnaise, Dove soap, Lipton tea, Best Foods, and Knorr.


Donations: Paypal: williamswallstreet@gmail.com this is meant for entertainment and educational purposes only investments and purchases are your choice and I always recommend speaking with a licensed financial advisor before making any investment decisions.