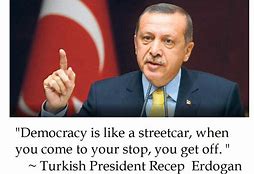 So Trumpty Dumpty fires off a tweet on Friday stating he will be raising metal tariffs on Turkey.  Where did this come from?  Why is this in his head Trump does not operate in a vacuum.  Could the recent second private meeting with Putin have anything to do with this?

William shut up we are here to learn about the stock market why are you going off on a rant?


Sometimes dear reader; I do wish you would let me make my point before you interrupt; but since you have, it is because it effects the way we have been looking into our investment strategies. These are know as "Black Swan" events; this particular one with Turkey, seems to be coming out of left field, and has the markets concerned.  It is the modern age equivalent of having declared war on the country; if not just an economic war.


This single tweet caused the value of the Turkish Lira to devalue by 20%  lets put that in perspective using a Coca Cola, normally $1.00 for example wholesale to a store in Turkey, who buys this from the United States.  Now it costs $1.20 to buy the same Coca Cola so times that by 1 million cans and the cost must be placed back on the merchant to raise his prices to the consumer; now do the same thing with everything you buy.  Try it today gas, groceries, McDonald's, that Starbucks everything you buy for the next week add 20% to the price and see how much you spent (or in this case by saving, the money saved).  A lot right?  Well if the currency continues in a tale spin this week it could be more, Turkey also has been accumulating debt due to the 2008 financial crisis. This will effect large banks that have borrowed to it like BNP Paribas (or it's US name: Bank of the West) and other commercial European banks.  Turkey being a member of NATO and the European Economic Union will also carry a ripple effect to the whole European Economic Union if it goes into default it will make the crisis in Greece and Portugal look small by comparison.

Now I am not stating for a fact that this is what happened at the private meeting all I can do is speculate; but it is rather unusual timing that Trump would further try to destabilize the European Union and destroy the NATO alliance.  Turkey has also taken in the most Syrian refugees that would now flood into other parts of Europe; feeding fuel to the nationalists movements there.

Turkey and Russia have a long history together sharing a border and along the Black Sea.  When Turkish rebels overthrew the Ottoman empire; Russian banks were the first to give the new government loans back in the 1930's. It is not my point to go into a long history lesson I am not a scholar on Turkey. However Russian relations cooled with Turkey when Turkey joined NATO in 1952 but after the fall of the Soviet Union ties have been getting closer and closer.  Many Russian & Turkish companies do business together and Turkey is a popular destination spot for Russian tourists.

So if Trump raises tariffs on metals & steel in particular it would be very easy for Turkey to look to Russia for it's steel.  Turkey is currently the worlds 15th largest economy and Russia has home court advantage to ship this steel right across the Black Sea.

How does this effet the portfolio you picked and I still don't see how this effects me?

Well it will; with overall volatility in the market and depending on what happens with the banks I mentioned above it is to early to tell but something that needs to be addressed.  Right now I am not sounding any alarm bells to sell anything all sectors of US economy look strong with all 11 sectors looking to post good profits during earnings season.  The reason I am bringing this to my readers attention; is the timing, why in August which is traditionally a low trading month (a lot of Europeans on vacation most of the month) and why Turkey? Why is Trump starting a trade war with our Ally if not to further weaken NATO and US Relations withe the European Union and a decision with overwhelmingly benefits Russia?  Why?