The U.S. Census Bureau and the U.S. Bureau of Economic Analysis announced today


that the goods and services deficit was 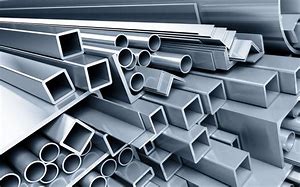 While the over all trade deficit has risen for the United States and depending upon which side of the political spectrum you are on and which party is currently holding the presidency people raise alarms; it's a good thing or a bad thing.  It is a bad thing always.  While no it may not raise an immediate alarm, the way to look at the deficit is to look at your own bank account.  If you make $1,000 a month but spend $3,000 a month it isn't long before creditors will be knocking on your door, while you declare bankruptcy and get thrown into the street. You understand as a way of life you cannot keep accumulating debt until someone wants to collect.  In this case the federal government has a way out.  The government can issue bonds or print additional currency.  Lets take a look at those two scenarios:

Issuing bonds:
The government issues bonds that the American people, foreign investors, and foreign governments can buy.  Now remember that 56 billion dollars is going outside the country, that these foreign countries can buy those bonds with that $56 billion and invest.  This can work as long as these investors have faith that the US Government will be able to pay on those bonds.  As of the current writing of this article the United States has never defaulted on it's debt, that does not mean it can't happen.  In recent years Iceland, Greece, Ireland, Venezuela, Portugal and Spain have all had a financial crisis.

Creating more Currency:
Will work and usually only option after bonds will no longer sell but depending on the rate of the currency flooding the overall marketplace can lead to runaway inflation that currently is being (was) experienced in  Venezuela.
William you didn't answer why this is a bad thing?

This is a bad thing; rather than a surplus because if we were operating with a surplus then it means more money will flow through our own economy and raise our over all GDP (Gross Domestic Product, don't worry if you don't understand what that is that's saved for another article).  Again take a look at your own bank account if you make $3,000 a month but only spend $1,000 a month, creditors will not be at your door, and even if they were; you are out dining, seeing a movie or taking that trip to Hawaii.

You still didn't answer why steel tariff's Trump proposed is a good thing or a bad thing?

I believe it is a good thing.  The Chinese government has been subsidizing the cost of making steel for years.  The United States steel industry could not compete.  This devastated states like Pennsylvania, New Jersey, Ohio and Indiana that relied on the steel industry companies like Alcoa and Bethlehem Steel.  The Chinese government made Chinese steel so cheap on the world market after the dip in Iron Ore prices in 2008 they were able to obtain a significant percentage of world trade totaling 45% of the world market by 2011.  Six of the largest steel producers are now in China.

I understand the current climate, by consumers squawking about how this will raise the cost of stoves, cars, and just about everything.  The most devastating impact it will truly have is on how much it will cost to build Trump's wall and construction overall.  In fact that could lead to another building recession for a while.  But it will balance out in the long term by inflationary standards.  It's like when Grandpa say's to you: "Back in my day I paid 5 cents for a Coca Cola, I can't believe you pay a dollar for it out of those machines, it's pure robbery!" well back in 1950 you made on average $500 a week, today that average is $3,000 (or more don't quote me on that just trying to make example) the cost between 5 cents and $1.00 is inflation if we did the math adjusted today's dollars for 1950's dollars etc.  Chances are it is actually the same price.  With a trade surplus in the United States verses a deficit this will also balance out by inflation.  Provided corporations pay workers more that keeps of with rate of inflation but that's another article.

Is this trade tariff ideal, no but something needed to be changed regarding tariffs, Trump is not the first President to impose a steel tariff.  George W Bush did it for a short time back in 2002.

You still didn't explain what is a tariff?

I think the best way to explain it simply is all of the raw materials to make a product let say a car is made and comes from the United States and Cars made in Korea all have their raw materials and production inside Korea.  The Cost of a US manufactured car is $20,000 but the cost of the Korean car is $18,000 for exactly the same car in all aspects.  Then a tariff of $2,000 would be imposed on the Korean car to make it competitive with the domestic car.  If you do not have a tariff then everyone will buy the Korean car and you create a $2,000 deficit per car that is now wealth leaving the United States and going to Korea.