Republicans are good at Economics 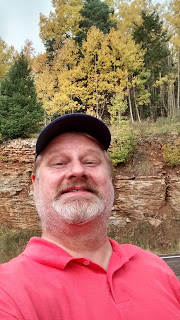 Ok, you can look forward to a future article on "Supply Side" economics or "Trickle Down" economics coming in the near future but until then enjoy this picture of me on the top of a mountain in a National Park at the crest of the Sandia Mountains in Cibola National Forest.

Everyone is under the false notion the Republicans are better at economics than "Liberals"" or Democrats the false belief that Democrats spend everything on social programs and Republicans conserve cut back and cut the fat out of government.

States  that have followed Supply Side economics are hurting, Kansas, Alabama and Kentucky.  States that are "Liberal" have increased minimum wage to $15 an hour in some places, legalized Marijuana are thriving like California, Washington, Minnesota and Colorado.

Why? You have to ask why?  Well then here is your answer, with the up coming vote on Net Neutrality which will be determined by FCC, not Congress as I previously posted and the current tax bill Republicans are trying to pass, makes a failed State like Kansas the model for the whole country.  Average Americans pocket books will be squeezed further.  Talk about war on Christmas, well the real war on Christmas is being launched by Republicans because you won't be able to afford to travel home or even get Johnny or Susie that present this year.

William you suck you are completely wrong this is not true!

Proove me wrong, if you make under $50,000 a year and if you keep investing in my stock picks and follow my posts eventually you won't.  Find me one change in the current tax bill that will benefit you.  Find me one part of the change in Net Neutrality that will not interfere with the way you use the internet or cost you more money.  It's ok I'll wait, placing comments on  my posts is open to all.

As a matter of fact I will go one further, I have been saying this since 2007 on numerous websites around the internet in chat rooms, pages on Facebook and have yet to get an answer:

Since 1980 and Ronald Reagan took office, name one thing Republicans have done that have benefited you or a member of your family, a member of your community, anyone you personally know that has benefited your life for the better? I am not speaking about a Congressman stepping in to help you out of a jam.  I am speaking about a piece of legislation that they passed that has had a dramatic effect on your everyday life.  It's ok I will wait...........in the mean time enjoy me on the mountain I had a great time!