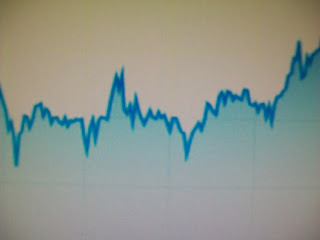 BABA - Alibaba is my next choice if I had any money right now I would buy this stock.  I admit I have owned it in the past since its initial IPO @ $68.00 a share.  However I sold due to financial reasons in March of 2017.

Singles Day in China is the same as our Black Friday, it is named after the date 11/11 all those ones look like a lot of lonely single people so they created a day to shop online and every single person buy a gift for themselves.  Last year Singles Day sold 18 billion in goods, that is more than Black Friday and Cyber Monday in United States combined!  This year Singles Day at last count had brought in $25 billion.  That is not chump change for Alibaba as it is the Amazon of China and the largest on-line retailer  partially owned by the richest man in the world Jack Ma.  I have always been interested in Alibaba (BABA) since it's public offering I got in on the first day at $93 up from the $68 asking price it went as high as $121 then fell all the way back to $58 after pundits and financial investors over the next year did not give it a bright future, due to its debt and lack of sales, selling of counterfeit brands.  But it is back selling at $186.41 as of Friday's close before the singles day news was announced.  I expect Alibaba to do very well over the next week, probably could hit $200 by end of month.  Alibaba has over 500 million users and is an established site in China so I would hold this stock for at least the next 5 years.