September 24, 2017
Trying to get a handle on the World Economy is like trying to understand the human mind impossible.  No one person can ever understand the true nature of the scale of the macro economy, due to outside forces of supply and demand which also includes the black market, discovery and invention, and natural events.  We are all very familiar with the collapse of civilizations such as Chaco Canyon. 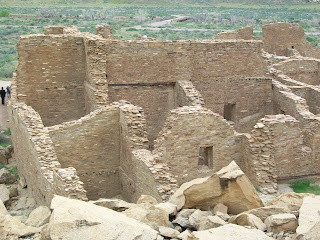 Civilizations fall apart due to war, famine, lack of water, hurricanes, earthquakes and civil unrest.  While many feel that is happening to the Untied States today as of this post even with the looming crisis with North Korea I do not see this happening.

The economy today for the United States is very stable thanks to the 6 year expansion under a Democratic administration, which although a slow recovery from the worst economic depression since the great depression, and no I will not call it the great recession; I call it the great depression because of economic factors due to stagnate wages, housing costs, foreclosure rates and job loss that continued after housing crash and government bailout.  September 2008 was the start of a long a road ahead for many myself included.  Just like the great depression which was not caused by the stock market crash of 1929, but by failed Republican policies of Herbert Hoover.  The great depression of 2008 was a result of the Clinton administrations removal of the Glass Steagal act and theft of corporations in the early part of the century that ensued.  Wall Street, the Justice Department and the main stream press may not hold then accountable but I do. Full article on that at later date.

Where is the economy going?  I think stagnant, while we are into the recovery and the new Presidents economic year starting October 1rst, 2017 I don't really see any major upheaval that he will accomplish that will change the course of the current economy.  The Fed will probably raise interest rates again in December but I do not foresee that sparking any type of inflation.  What we need to look at is what is actually going on around the country that will affect this stagnation that I claim.


Why stagnation if the economy is growing?  By the way what is with that title what does spilled milk have to do with the economy?

The recent climate events we have suffered with Harvey, Irma, Maria and wildfires in west and other places like Tennessee all have an economic impact on our daily lives, the population centers that were effected.  Loss of income, homes, displaced families, over all rise in gas prices effects the cost of what you pay for everything, did I say everything?  Tourism loss, agricultural loss, gas and oil production loss, every one of them effects everything you buy every time it affects price of gas.  Basic supply and demand.  Except for one thing milk at least this year.

Yes milk, the United States has been producing more milk than it consumes; 3 billion pounds a year.  There is so much milk being produced farmers are dumping it because they have no way to process it.  Especially in Michigan where 97% of the farms are still family owned.  What a tragedy if only that milk could be given to the children of Flint, Michigan or the hurricane survivors.  Milk must be pasteurized by law before consumed.  Now this may not stay that way forever, with our current President making waves to end the NAFTA deal, you could see the price of milk sky rocket since Mexico is our largest importer of US milk.  Let's hope that is not the case as more Americans are returning to milk since the saturated fats they contain are not as harmful as it was made out to be by comparison to hydrogenated oils.  But the purpose of this article is not to debate which is better for you only what the economic trend regarding how Americans are viewing these products.

So while there may be a bit of a market correction in October, do not panic, if world events cause the market to go into a downward spiral, I can assure you I will let you know what I believe will happen.  In the meantime go have a glass of milk.

"One World Ready or Not" - The Manic Logic of Global Capitalism by William Greider (Yes Josh found my William) Not for the faint of heart and if you want a really good book to fall asleep to this will do.  However this book was written in 1996 by Greider and everything he speaks about the world economy comes true.  The most alarming thing is how he speaks of the rise of China in 2012 (He was wrong it happened in 2004) but he is accurate regardless.  I truely respect him as one of the best Economists in the world.


Donations: Paypal: williamswallstreet@gmail.com this is meant for entertainment and educational purposes only investments and purchases are your choice and I always recommend speaking with a licensed financial advisor before making any investment decisions.